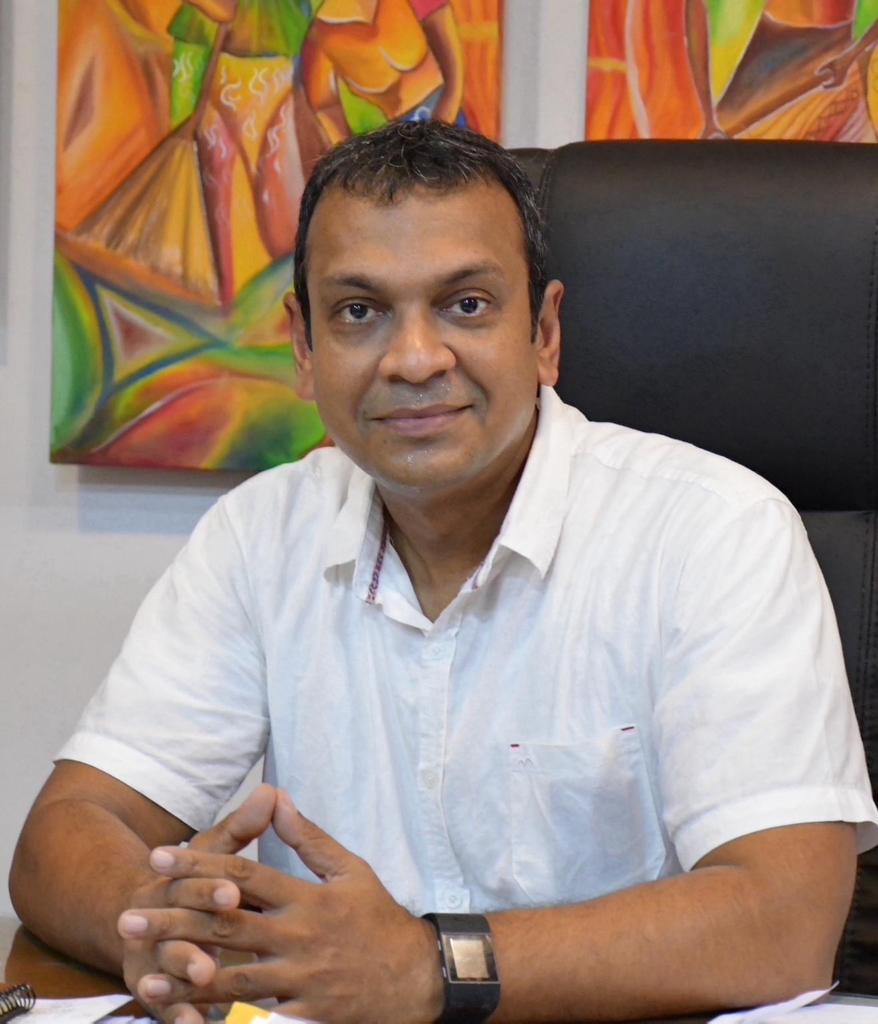 It is with profound sadness the Sarvodaya Shramadana Movement announces the sudden demise of the Executive Director, Mr Chamindha Samantha Rajakaruna due to a sudden ailment in the United States of America during the early hours of this day 13 June 2022, Sri Lanka time. The Family and the Sarvodaya Movement will announce his funeral ceremony arrangements in due time as soon as repatriation proceedings take its due course.

Dr A.T Ariyaratne, Founder of the Sarvodaya Movement said: ” I am a very old person in the tenth decade of my life. I have come across during my seven decades of service, both Sri Lankan and international personalities of diverse calibre. Out of them Chamindha occupied a very high standing. He was a versatile person. His expertise was not only in law or agriculture, or management but he was an embodiment of true humanity. I cannot imagine a person of that young age acquiring so many skills and serving the national as well as the international community in a very high capacity. Having exposure in many capacities in Asian, European, American, and Scandinavian regions, it was with great enthusiasm he travelled to the United States to attend a training at the Harvard University. Chamindha was not only an inspiration to hundreds of people and youth he worked with but even for an elderly person like me. He was an exemplary personality at Sarvodaya regarding everyone in the truest spirit of Sarvodaya i.e., to treat the entire humanity as one family transcending caste, creed, politics, and nationality. My deepest condolences to everyone grieving at his sudden loss”.

Dr Vinya Ariyaratne, Honorary President of the Sarvodaya Shramadana Movement said: “The Sarvodaya Family is grieving at the sudden passing of our beloved colleague and companion. Chamindha exhibited exemplary leadership skills, passion, and enthusiasm to serve communities across Sri Lanka. His vibrant and passionate selfless humanitarian spirit and leadership qualities will echo in the hearts and minds of the entire spectrum of the development community as well as the many grassroots communities across the island. My intentions, prayers, and deepest condolences to the family, to my colleagues, as well as to the extended friends of the Sarvodaya Family”.

Chamindha was an Old Boy of the Royal College Colombo. He was an alumnus of University of Peradeniya, the Catholic University Leuven Belgium, and the Karlsruhe University Germany. He has received multiple prestigious scholarships and fellowships such as DAAD German Government scholarship and the Chevening Scholarship of the Foreign and Commonwealth Office, UK.

May he attain the Supreme Bliss of Nibbana!

This site uses Akismet to reduce spam. Learn how your comment data is processed.