The second round of a series of Sarvodaya Deshodaya National Assemblies around the country was held in Sarvodaya Peace Resources Center in Trincomalee from 7th to 9th May, 2010. More than 500 Sarvodaya community leaders representing 300 divisional and district Sarvodaya Deshodaya Councils in all administrative districts of Sri Lanka participated in the event. The participants well represented the multi-ethnic and religious membership of Sarvodaya Shramadana Movement across the country.Â 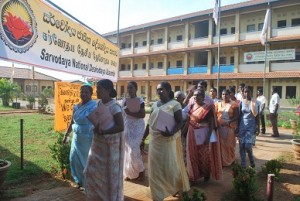 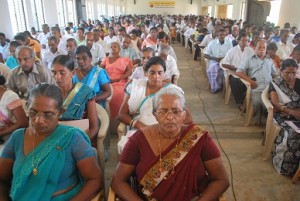 Addressing the gathering the founder-president of Sarvodaya Shramadana Movement Dr. A. T. Ariyaratne stated that creating a republic of self-ruling (Gramaswaraj) villages with strong community action in all parts of the country could solve most of the social, cultural, economic and power related issues Sri Lanka faces today. Sarvodaya Deshodaya (awakening nation) initiative with its Divisional and District Deshodaya Forums create platform to reach this objectives with the engagement of a variety of stakeholders in the civil society of Sri Lanka including the academics, professionals, public servants, community based organizations and members of thousands of Sarvodaya Shramadana Societies island wide. Presently more than 5,000 Sarvodaya Shramadana Societies have been registered as legally independent Community Based Organization under the patronage of â€˜Sarvodayaâ€™. 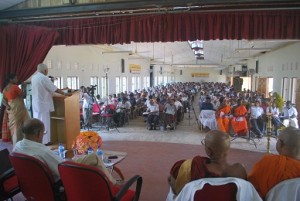 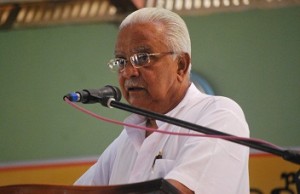 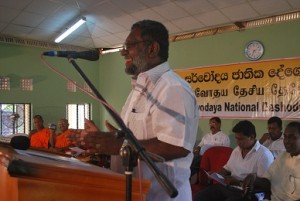 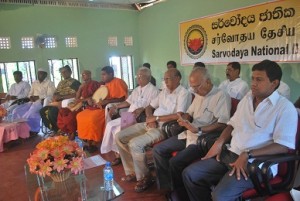 This is the first time such a gathering has been organized in Trincomalee after the massive peace meditation to commemorate the World Peace Day on 21st September 2008 in Trincomalee Sarvodaya District Center at the peak of the conflict where more than 10,000 people participated. The present event is important in the sense that the violence has been eliminated and the space is opening for more community action and engagement to promote ethnic cohesion and good governance. 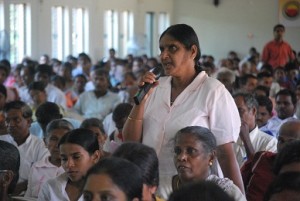 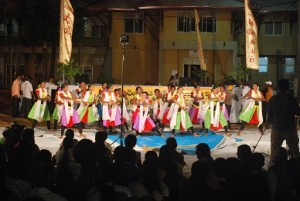