The first Sarvodaya National Deshodaya Assembly convened by the Sarvodaya Shramadana Movement has been ceremonially held in the Sarvodaya Development Education Centre premises in Saturukondan, in the eastern district of Batticaloa. More than two thousand Deshodaya members representing Divisional and District Deshodaya Assemblies participated in the event for four days starting from 26th March, 2010. 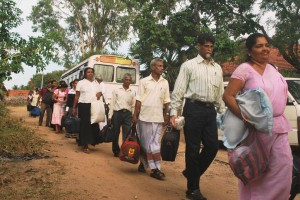 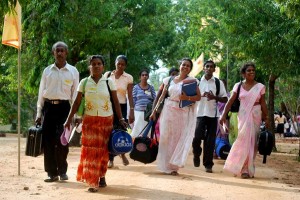 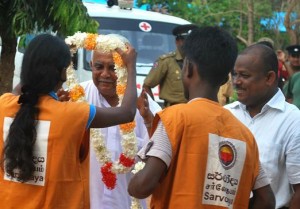 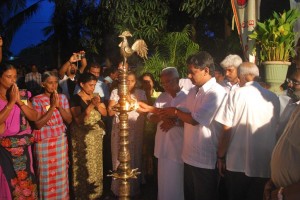 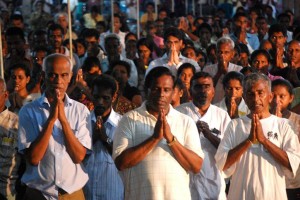 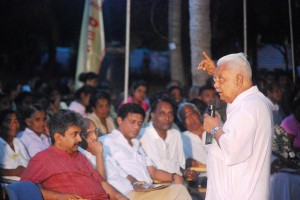 Parallel to the Sarvodaya National Deshodaya Assembly, a huge door-to-door Shramadana (sharing the labour) Campaign was organized to clear the plastic and polythene waste accumulated in Saturukondan area. Saturukondan has been affected by the Sri Lankan conflict and war for three decades and this Shramadana Campaign opened up new space for ethnic harmony, integration and working together. This has been prime opportunity for the people from other districts to interact with the people of Saturukondan. 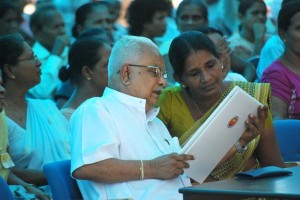 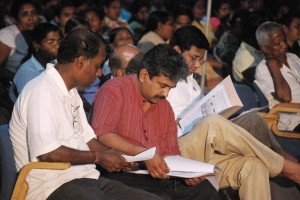 All Sarvodaya officials and employees from headquarters to districts offices participated in the event. Dr. A. T. Ariyaratne, the founder-president of Sarvodaya Movement, Dr. Vinya Ariyaratne, the General Secretary and Mr. Saman Algoda, the Executive Director also addressed the gathering. In future such Sarvodaya National Deshodaya Assemblies will be held island wide and it is expected to train hundred thousand Deshodaya leaders to serve the nation. 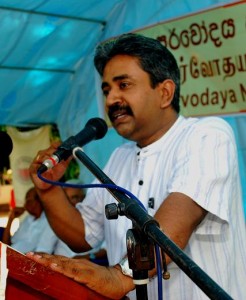 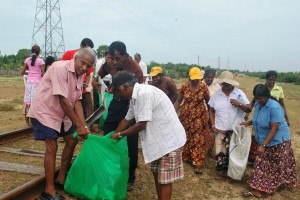 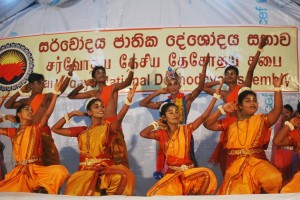