Sarvodaya Shramadana Movement celebrated its 50 years of Service to the nation on 7th December, 2008 at Sugathadasa Indoor Stadium, Colombo with participation of more than 8,000 local and foreign guests. Started in one rural village, Kanatholuwa in Kurunegala District in 1958, Sarvodaya today serves 15,000 villages across the country. 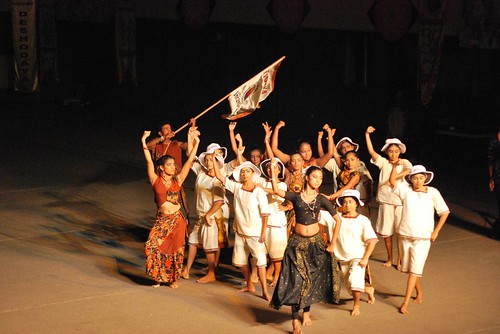 Professor Sudarshan Iyengar, the Vice Chancellor of the Gujarat Vidyapith, Ahmadabad, India was the Chief Guest of the occasion and a number of distinguished local and foreign guests and friends of Sarvodaya around the world participated at the event along with more than 6,000 members of Sarvodaya Grama Swaraj (self governing) villages across the country. 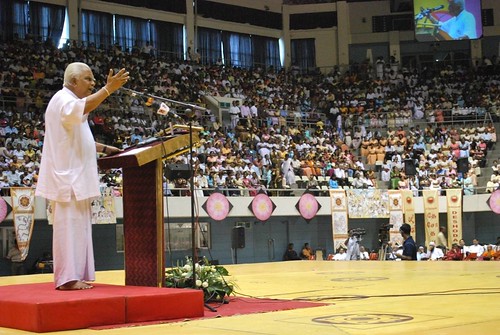 At the event, â€˜The Sarvodaya Path to the New centuryâ€™, the New Policy Document of Sarvodaya, century was presented to the guests and the members of 1,000 Sarvodaya Grama Swaraj villages declared that their villages have reached Grama Swaraj in the presence of Dr. A. T. Ariyaratne, the Founder President of the Sarvodaya Shramadana SMovement. In honour of Dr. A. T. Ariyaratne, the book â€˜Companionate Activistâ€™ was presented to him, a compilation of articles by renowned personalities and grass roots leaders. A highlight of the event was the presentation of Awards to 46 local and foreign friends of Sarvodaya who made a significant were presented awards for their contribution to Sarvodaya during the past 50 years. The Awards were presented by Dr. A. T. Ariyaratne. The musical drama which illustrated the Sarvodaya evolution in last 5 decades has been one of the major attractions of the event.

In parallel to the 50th year celebrations, an International Conference was held in Vishva Nikethan International Peace and Meditation Center in Moratuwa under the theme â€˜Concerted Community Action for a Sustainable Life on Earth Fair to Allâ€™. 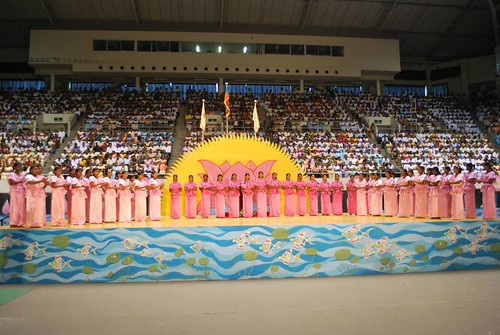 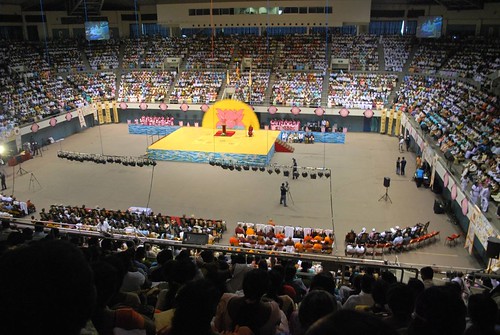 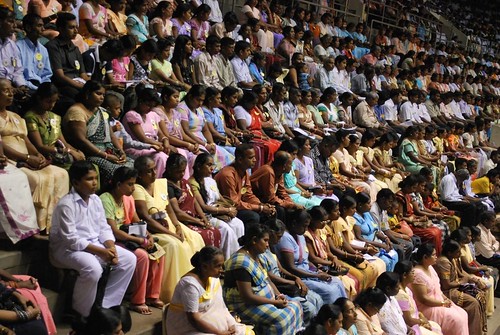