Between May 8th and May 11th, Deshodaya (National Awakening), Sarvodaya’s programme on good governance and peace, organized a nationwide bus tour with the message of sustainable peace and community self governance. 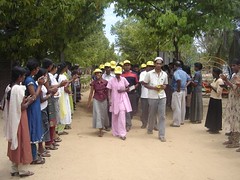 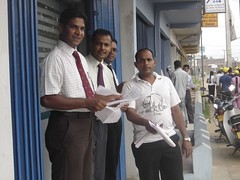 The bus tour that started on May 8th at Sarvodaya’s headquarters in Moratuwa headed northwest to Gampha and Puttalam districts and ended in Ratnapura after visiting war affected eastern districts of Trincomalee, Batticoloa, and Amapara. The group of more than 80 people on two buses traveled together for four days through 11 of the 25 administrative districts in Sri Lanka. The group stopped in several villages and towns distributing Vision Declaration. 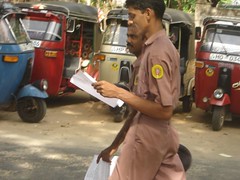 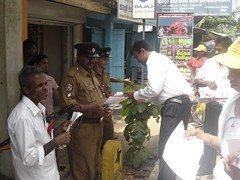 The Vision Declaration prepared through the survey of over 2,700 people from all over Sri Lanka, is a document that embodies aspiration of Sri Lankan people towards sustainable peace. The declaration identifies that to effectively pursue the visions created by Sri Lankan people, major changes must take place in the governance system and that people must become true participants in political processes. Enabling the pursuance of this goal, is vision to create a society where religious, ethnic and cultural groups respect each other, where people can closely participate in the decision-making processes, where economic and development programs are people-centered and where people uphold environmentally friendly lifestyles. 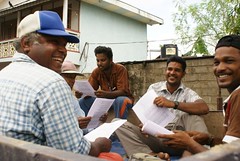 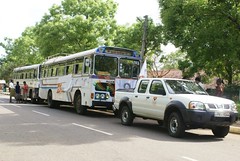 More than 80 participants, mostly young people selected through youth camps held throughout the country participated in the tour. They had come from several districts including war affected Vavuniya, Trincomalee, and Batticoloa. They were Sinhalese and Tamils; Hindus, Muslims, Buddhist and Christians. 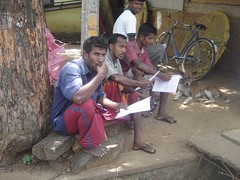 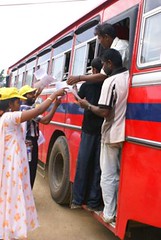 Surendra, an 18 year old, from Vavuniya district in northern Sri Lanka saw the bus tour as an opportunity to participate in educating people about the issues that contribute to ongoing war and Sarvodaya’s message of peaceful co-existence. It was also an opportunity for him to make Sinhalese friends from other parts of the country. 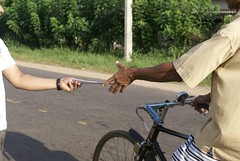 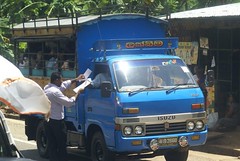 “The trip was an opportunity for us to bring the message of good governance and peace,” says Deshodaya director Chaminda Rajakaruna. “The visit coinciding with Sinhalese and Tamil New year was an attempt to interact with people from all over Sri Lanka and understand the challenges and difficulty they face,” Mr. Rajakaruna adds.

The tour featured a team of nationally acclaimed street drama artists who performed short plays on public spaces such as on bus stops, public grounds and city streets. 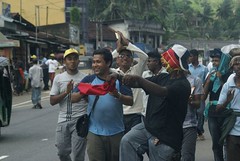 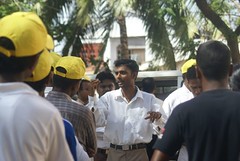 For Milton Perera, a tractor driver, from Marawila, Puttalam Sarvodaya’s peace and good governance initiatives were “appropriate and timely.” He said, “increasingly life has been difficult, there is a lot of economic pressures and escalating war is worsening the situation.”

The group, on the road for than 16 hours a day, traveled more than 1,000 kilometers often negotiating through several security checkpoints. They received enthusiastic welcome from Sarvodaya village and district committees, and people in the villages and towns where the group stopped. 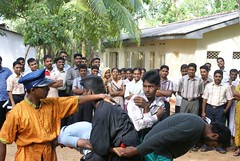 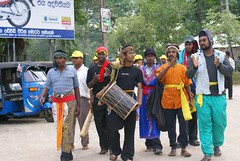 The bus tour is the continuation of Deshodaya’s preparation towards People’s Constitutional Convention to be held in October 2007. 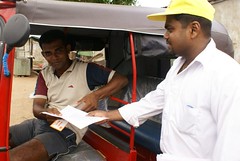