2006 Mahatma Gandhi Award for Reconciliation and Peace Awarded to Dr.A.T.Ariyaratne 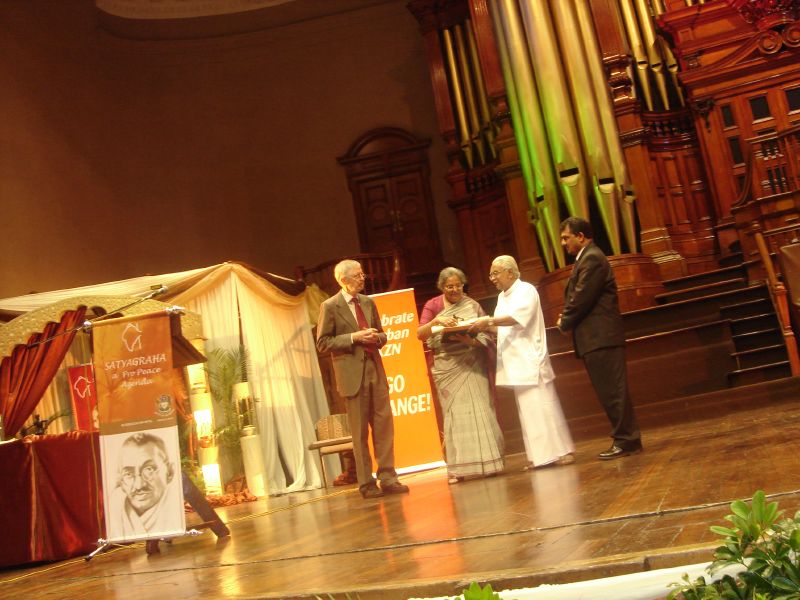 The “Mahatma Gandhi Development Trust” of South Africa has selected Dr. A. T. Ariyaratne, the Mentor & President of the Lanka Jathika Sarvodaya Shramadana Sangamaya as the recipient of the Mahatma Gandhi International Award for the year 2006. Dr. Ariyaratne left Sri Lanka on 8th September 2006 to attend this ceremony that was scheduled to be held on 13th September 2006 in Durban, South Africa. 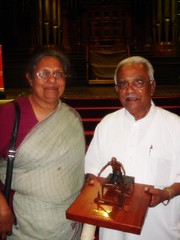 This ceremony coincided with the “Satyagraha Campaign” initiated by Mahatma Gandhi in Durban, South Africa, 100 Years ago. It should also be mentioned that Ms. Elah Gandhi, a Former Parliamentarian, who is a grand-daughter of Mahatma Gandhi presently functions as the Executive Director of the “Mahatma Gandhi Development Trust”

Dr. Ariyaratne stayed in South Africa for a period of one week. During this period he delivered various lectures in Durban and Johannesburg.