Sarvodaya, as part of its continuing action programme for peace in Sri Lanka held yet another important landmark event in Trincomallee (in the Eastern Province) from 16th â€“ 19th February 2006.

Trincomallee, a district which has a mixed population of Tamils, Sinhalese and Muslims has been one of the worse affected areas during the 20 year armed conflict. Eventhough the ceasefire agreement of 2002 brought an end to the direct hostilities between the Sri Lankan armed forces and the LTTE and the guns and bombs were silent, other forms of violence persisted, particularly in the Eastern Province, which consists of Trincomalee, Batticaloa and Ampara districts. This multi-ethnic and multi-religious area of Sri Lanka has remained the victim of deep-seated communal tension. 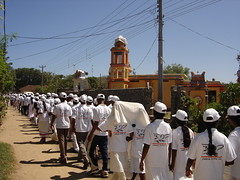 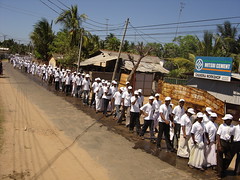 The first part of the Sarvodaya peace event in Trincomallee was a youth camp titled â€œcompassionate youth gatheringâ€. Over 650 youth and peace activists from all parts of Sri Lanka participated in this 3 day peace event held at the Sarvodaya District Centre premises in Trincomallee. The youth engaged in dialogues on peace, cultural events and preparing action plans for peace in their respective communities. They also debated with Sarvodaya leaders on their own perceptions on the directions Sarvodaya should take to create peace and harmony as well as social justice to all citizens. 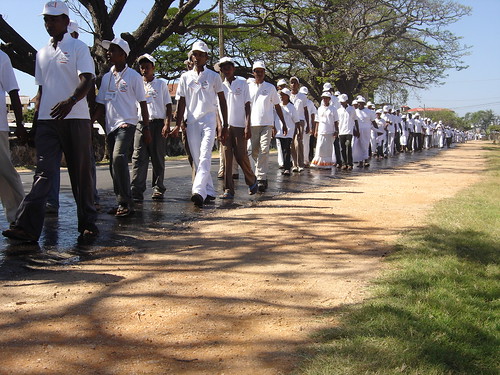 The youth then joined over 5000 people who participated in the peace march through the Trincomallee town and at a special peace meditation led by the Sarvodaya Leader Dr.A.T.Ariyaratne at the Trincomallee Esplanade. 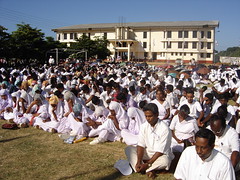 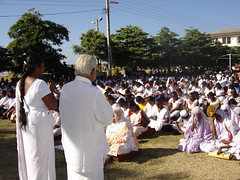 A significance of this gathering was the fact that it preceded the important meeting that was scheduled to take place in Geneva between the LTTE and the Government. The Sarvodaya events created a space for ordinary citizens, particularly the youth from communities living in Sri Lanka to, in their own words – think peace, talk peace and practise peace. 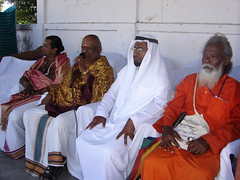 All ethnicities were represented