An Exhibition of Solidarity: Sarvodaya Handicrafts Sale and Exhibition for Empowerment of Tsunami Survivors

After the devastation wrought by the Tsunami, women in the affected areas took a prime role in the rebuilding process, working tirelessly to get their families back on their feet. Sarvodaya Shramadana Sangamaya recognized the great courage of these women and took steps to lend them a supporting hand. The Sarvodaya Womenâ€™s Movement (SWM), an affiliate of the organization, took a lead in this process of empowerment.

The SWM was established to empower Sri Lankan women socially, economically, intellectually, and spiritually. One of its main objectives is to harness the earning potential of rural women throughout the island via a sustainable, authentic community-based handicrafts initiative, which strengthens traditional rural family life.

Since the Tsunami devastated the lives of many families, the SWM has played a major role in assisting affected women restore their livelihoods or learn new skills in order to return to customary life as soon as possible. In recognition of the initiative and diligent efforts of these women, the SWM has planned a National Exhibition for December 13th and 14th at the Vihara Maha Devi Exhibition Site in Colombo. It will feature products made by women in the Tsunami-affected districts of Galle, Ampara, Kalmunai, Batticaloa, and Matara.

These women are the beneficiaries of two separate psychosocial support and economic empowerment projects executed by SWM and financed by the American Jewish Joint Distribution Committee and Operation USA. These projects were implemented to quickly mobilize women and children to address post-Tsunami psychosocial issues mainly through self-help programs and the supply of financial and material resources, which are required to restart livelihoods.

In addition to the goods produced by the beneficiaries of the projects, the National Exhibition will also showcase items created by rural women in other Sarvodaya-supported villages. Goods on sale will include garments, linen, and embroidery, handicrafts, and food and spices. This event will be an excellent opportunity for rural women to display their skills and sell their products to the Colombo market and will provide a chance for the people of Colombo to display their solidarity with Tsunami-affected women and help them return to their normal lives and restore their livelihoods. 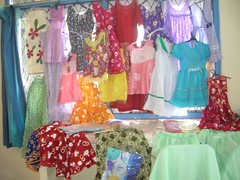 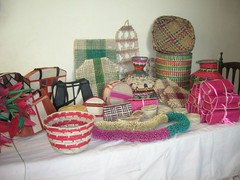 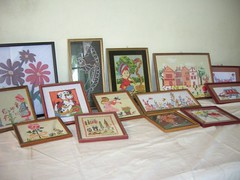 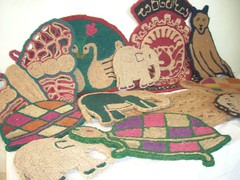